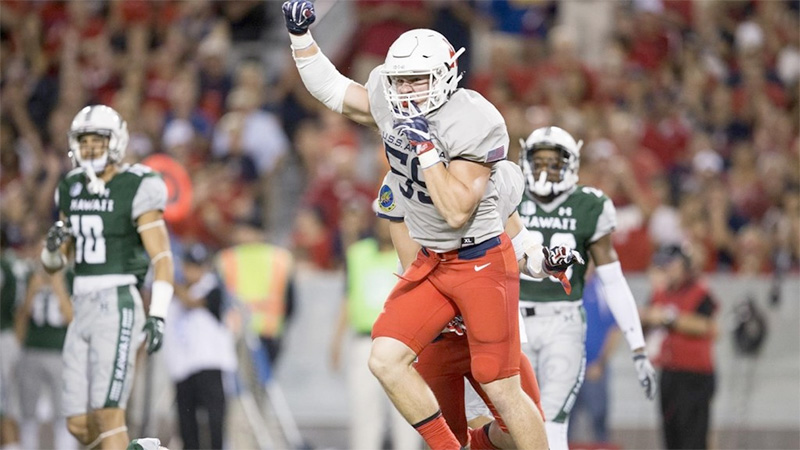 TUCSON, Ariz. – The University of Arizona football team had eight student-athletes recognized on the Pac-12 All-Academic teams released on Wednesday.

To be eligible for selection to the academic team, a student-athlete must have a minimum 3.0 overall grade-point average and appear in at 50 percent of their team's games.

Stagg, twice named a weekly team captain this year as a redshirt senior, boasts a 3.92 GPA as a Molecular and Cellular Biology major. The native of Kathleen, Ga., played in Arizona's final 11 games as a special teams starter and backup at linebacker. He was credited for two tackles on the season.

Boettcher, a seven-game starter at offensive guard during his redshirt sophomore season, carries a 3.43 GPA as a Biochemistry major. A native of Scottsdale, Ariz., Boettcher was a valuable component of the Arizona offensive that led the Pac-12 with 235.0 rushing yards per game.

Holland, a participant in all 12 games as a redshirt freshman, maintains a 3.53 GPA as an Economics major. The Chandler, Ariz., native collected eight tackles on the season, including a team-leading six stops on kickoff returns.