Join an exciting and informative Epsilon Epsilon Career Panel on October 4 at 6:00pm MST on the University of Arizona campus in Room 311 of the Modern Languages Building as we visit with three remarkable Gamma-Rho alumni. Scott Gossett '97, Liam Maddock '97, and Marcos Fernandez '06 will share their career journeys and provide tips to launching impressive careers. 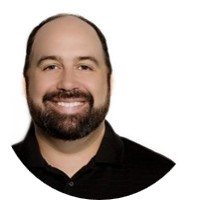 Scott graduated in December 1997, and began working at Intel in Hillsboro, Oregon. He spent seven years at Intel as a Technical Marketing Engineer, the final two years in sunny Chandler, AZ. Gossett started his first company, Visionpoint Realty in 2005, which did well until the 2007 real estate meltdown. He then worked at Go Daddy for the next four years, becoming the Director of Executive Accounts in his final year and a half.

Brother Gossett then moved his family to St. Louis, MO and became VP of Sales for an internet startup, however his wife became homesick so they moved back to Phoenix in 2011. He continued in IT sales with MicroAge in Tempe, but then decided it was time to start his own IT company. He founded Avisolve in 2013, and in their third year they were doing $45M in annual sales. In 2017, Scott decided to take a buyout offer at Avisolve, and launched Clutch Solutions, which was named #1 on the 2021 CRN Fastest Growth 150 List. 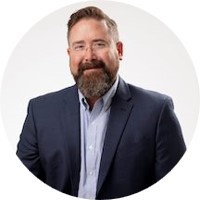 Liam is a Problem Solver, Marketing Strategist, Executive, and Business Consultant who has spent over two decades at the intersection of digital marketing and technology. He has consulted for a huge range of companies ranging from Microsoft to Leafly, and has the dubious, but noteworthy, honor of having attended meetings at both the Playboy Mansion and the Google main campus in the same business trip.

With over 500 websites, 3 dozen product launches, and 32 marketing trademarks under his belt he has unique experience transforming companies, and building predictable, scalable marketing machines. He currently serves as EVP of Marketing for 5 Lights LLC private equity and is responsible for six corporate brands. He also helps the company validate IP, analyze investment opportunities and rebuild acquisitions.

He is a Tucson native with an MBA, degrees in Writing and Poetry, 6Sigma and Agile Scrum certifications, as well as blackbelts in Jujitsu and Kung Fu. He is an avid trail runner, beer snob, cigar aficionado and spends most of his time with his wife and 2 daughters. 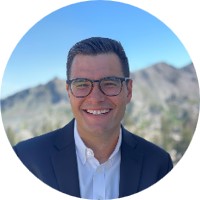